ExxonMobil has begun an offshore exploration drilling program in the Gippsland Basin to search for new sources of gas.

ExxonMobil said on Monday that it was drilling two exploration wells, known as Baldfish and Hairtail, on the VIC/P70 block as part of its investment program to find and bring online new gas supplies.

Exxon’s Australian subsidiary Esso Deepwater Gippsland holds a 100 percent interest in the VIC/P70 block, which is approximately 90 kilometers off the East Gippsland Victorian coast. The wells are being drilled by Diamond Offshore’s Ocean Monarch semi-submersible drilling rig, and the operations are expected to take several months.

Chairman Richard Owen said: “The two wells will be drilled in water depths ranging from 350 to 700 meters, amongst the deepest water depths drilled in the Gippsland Basin. 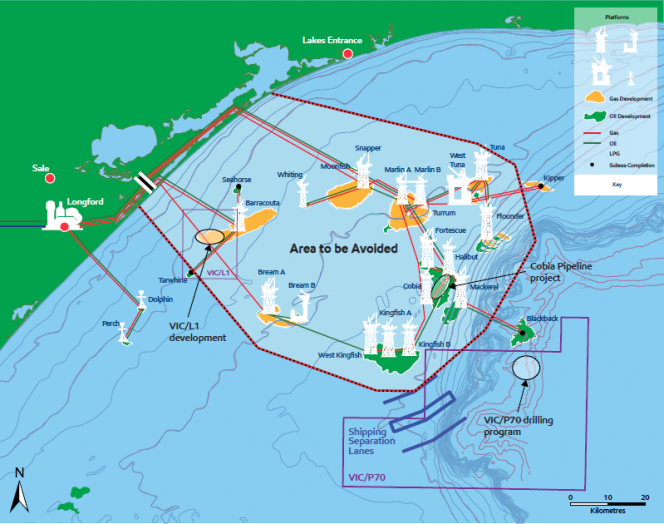 “These wells are targeting gas prospects, with the objective of proving up resources for timely development and contribution to the Australian domestic gas market.”

The AUD$120 million ($88.25 M) investment in drilling by Esso Deepwater Gippsland is in addition to the recent investments by ExxonMobil Australia in Victoria, including the AUD$4.5 billion Kipper Tuna Turrum offshore project, the AUD$1 billion Longford Gas Conditioning Plant and the future development of the West Barracouta gas field.

Since ExxonMobil drilled the first well in 1965 in Australia’s Bass Strait, approximately four billion barrels of crude oil and eight trillion cubic feet of natural gas have been produced.