In April 2021, Liberty Petroleum was awarded two six-year petroleum exploration permits in the Bass Strait, the VIC/P77 and VIC/P78 permits which are located offshore in Victoria’s Gippsland Basin, Australia’s most prolific oil province and a significant gas basin.

The Bass Strait is one of Australia’s best served regions in terms of offshore gas supply and onshore processing and distribution infrastructure with permits that yield plentiful gas which can be swiftly developed to support the government’s planned gas-led recovery.

Liberty now has working and royalty interests in five permits located offshore the Victoria Coast. The new permits are directly offset the Liberty farm-out to Exxon’s VIC/P70 block which contains the Dory, Angel and Archer-Anemone Fields, as well as the Fangtooth prospect, and incorporates the area previously the subject of blocks VIC/P45 and VIC/P59, previously explored by Apache Energy in 2008. 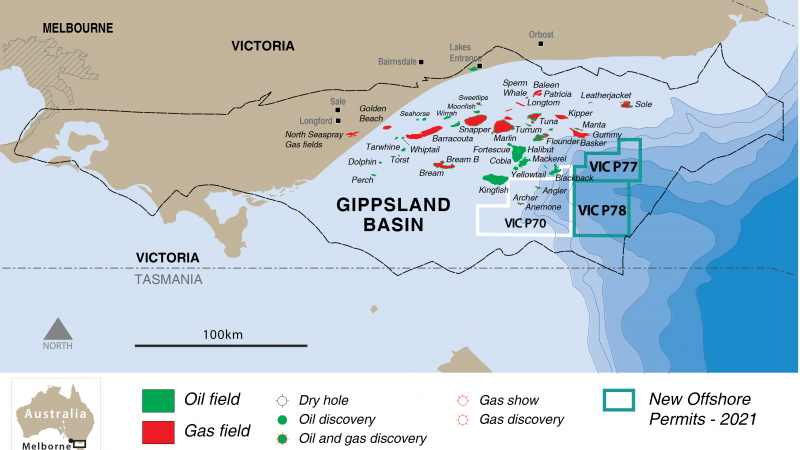