An environment plan by ExxonMobil for its exploration drilling campaign at the VIC/P70 offshore Australia has been accepted by Australian regulator NOPSEMA. 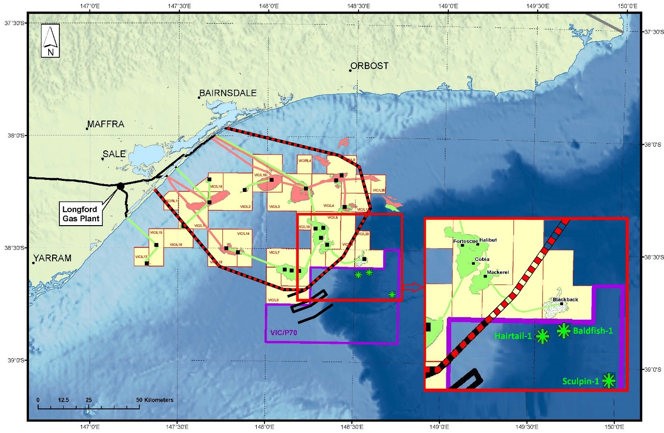 ExxonMobil submitted a revised environment plan for exploration drilling in the Gippsland basin, 90 kilometers off the East Gippsland Victorian coast, Australia, to include the ultra-deepwater Sculpin-1 well in February 2019.

Following several requests for further information by the regulator, the plan was accepted on June 17, 2019.

The VIC/P70 exploration drilling operational area is located approximately 90 -100 km from shore in Exploration Permit Area VIC/P70. Water depth within VIC/P70 ranges from 200 m to over 3 km, with the drill locations, Hairtail-1, Baldfish-1 and Sculpin-1, at about 359m, 665m, and 2,300m, respectively. Block VIC/P70, in the deepwater Gippsland basin, was acquired by Esso Deepwater, a wholly owned subsidiary of Exxon Mobil Corporation, in 2Q 2017.

VIC/P70 contains the Dory, Angel and Archer-Anemone fields, as well as the Fangtooth prospect, and incorporates the area previously the subject of blocks VIC/P45 and VIC/P59, previously explored by Apache.

According to NOPSEMA, exploration drilling activities in the VIC/P70 operational area are scheduled over an estimated 60-day period, starting in 3Q 2018 (Baldfish-1 and Hairtail-1), and an estimated 75 days in late 3Q – early 4Q 2019 for Sculpin-1.