ATP 636P has a giant closure of over 14,500 acres at the Westbourne formation level that is very interesting. This mapping was done by Santos, who are the largest onshore producer in Australia. This giant prospect is an analogue to the smaller Tintaburra Field that was discovered in the adjoining ATP 299 block to the North. The IP flow rates on these wells exceeded 2,000 BOPD. The giant structure that has already been mapped could easily hold in excess of 50 million barrels of oil if filled to the spill point. 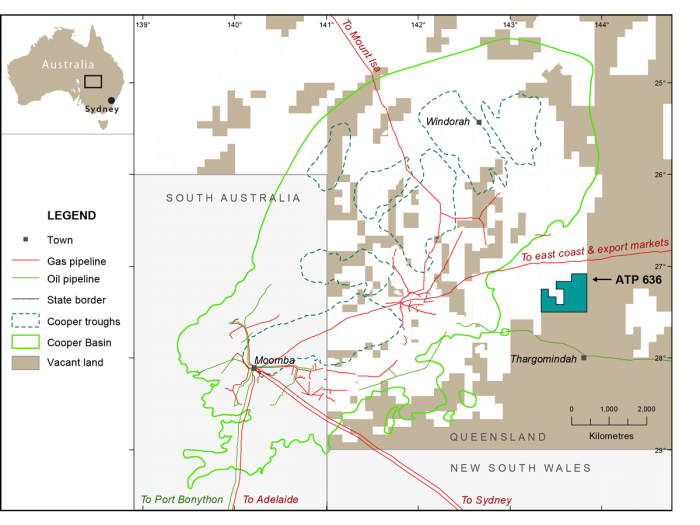